Muffley & Associates’ review of national and Atlanta real estate for July 2018 is out! Highlights of this month’s report include the following:

How did YOUR neighborhood perform? Click the image below to download and read the most recent issue of the Muffley Report. 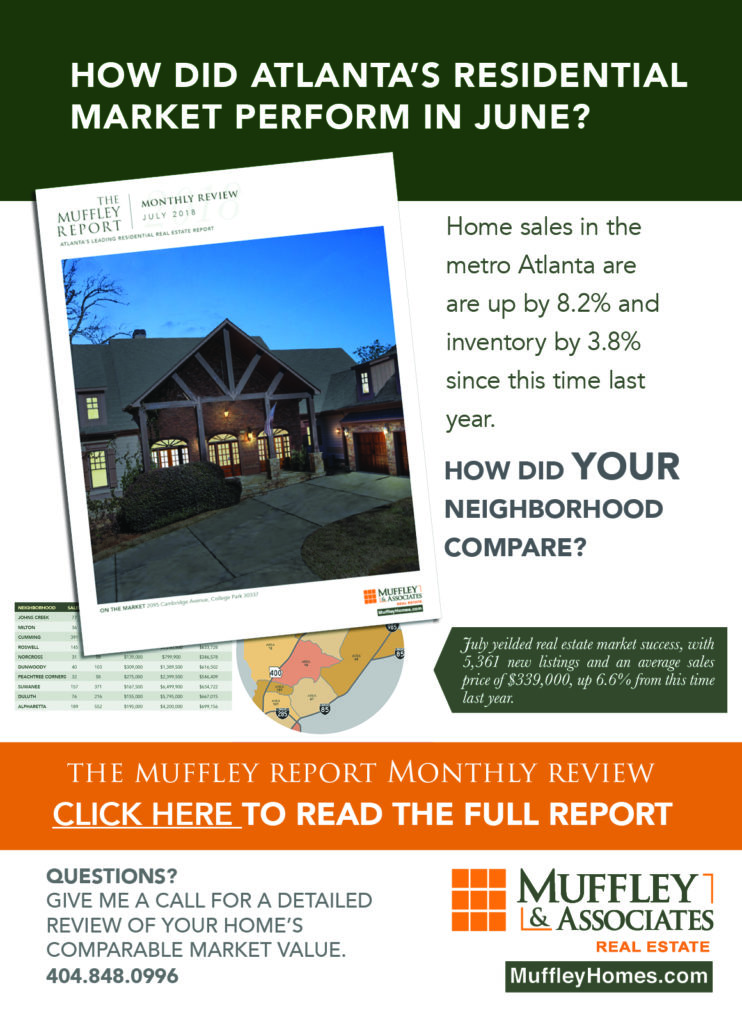